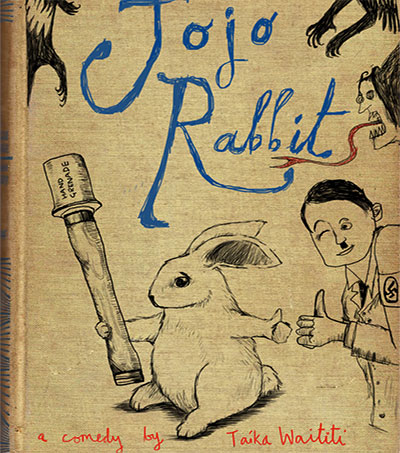 “Matthew McConaughey as a stoner poet, Hitler as an imaginary friend and Cats the movie – the third in our five-part look at 2019’s key titles takes us into strange territory,” Guardian film writes.

“[Jojo Rabbit], we suspect, will be something like Donnie Darko had Mel Brooks directed it. During World War Two a lonely American kid has an imaginary friend: Adolf Hitler,” the newspaper writes. “And Hitler is played by Taika Waititi, of What We Do in the Shadows and Thor 3. Well, of course he is. Waititi also directs – it’s exactly how any sane film-maker would follow up a smash hit Marvel superhero movie, isn’t it?”

In early October 2018, Lucasfilm announced that Waititi would be one of the directors of the upcoming Star Wars live-action streaming series The Mandalorian, which tells the story of a lone Mandalorian gunfighter in the period between the events of Return of the Jedi and The Force Awakens.

Waititi, 43, is originally from Wellington.