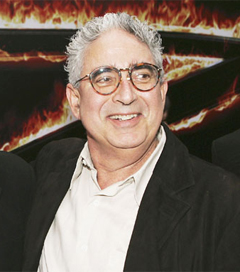 New Zealand’s first Oscar winner, international film producer Lloyd Phillips has died in Los Angeles after a heart attack, aged 63. Born in South Africa and raised in New Zealand, Phillips had a long and successful career in the film industry, working in 16 countries and producing such films as Twelve Monkeys, The Legend of Zoro, Inglorious Bastards and The Tourist. Despite living in Malibu for the past three decades, Phillips was a proud New Zealander and a passionate advocate of the New Zealand film industry. Catherine Madigan, producer at Nikau Film Productions, says Phillips was instrumental to bringing filming for Vertical Limit to Queenstown in 1999, bolstering the local film industry. “Lloyd was not only a champion of New Zealand as a location but also of New Zealand film crew and whenever possible he would take New Zealand crew with him on various films around the globe.” Phillips most recently produced the upcoming Zack Snyder Superman film, Man of Steel, due for release in mid-2013.