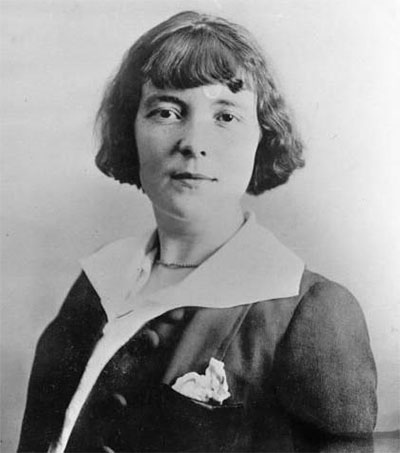 Literary Review Looks at Mansfield and the Movies

“One of Katherine Mansfield’s defining characteristics was her restlessness, both personal and artistic: she was always most at home when on the move,” Claire Harman writes for the Literary Review. “It helped that she was no snob about ‘low’ culture and enjoyed panto and vaudeville as much as the cutting-edge art she wrote about for the magazine Rhythm.”

“When ‘the Fillums’ took off dramatically in the 1910s, she became a frequent cinema-goer (there was a theatre very near her flat) and noted down things she thought might make ‘a good cinema film’. Her first date with her future husband, John Middleton Murry, was at the movies, and it’s obvious whose choice that was. ‘Will you suggest the day for the visit to the pictures?’ he wrote. ‘They’re all the same to me.’

“Mansfield was a far from passive consumer of the new form,” Harman writes.

“She wanted to be in the movies as well as write for them, and rather surprisingly she had at least two stints as an extra.”