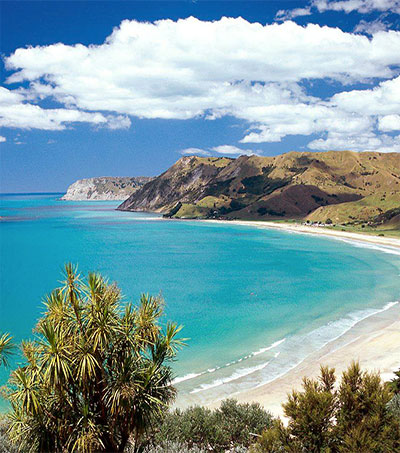 Kaitaia Begins the Fight of Its Life

Kaitaia has seen four homicides and six suicides in a single year. Now the locals are trying to save their community. The Guardian’s Eleanor Ainge Roy reports on how the remote community of 5000 people, “ringed by golden beaches and temperate Pacific seas”, has united to “stick up for itself in a way” senior leaders “haven’t seen in decades.”

The town should be known as a holiday resort, but instead it has been dubbed the murder capital of New Zealand after four homicides and six suicides in a single year.

“It is like the town has become haunted,” says Nina Griffiths, 18, who lost two friends to suicide this year. “People say you have to get out of Kaitaia, you have to get out of this shithole. There is a sense of hopelessness if you stay here … we don’t feel like our lives are valued enough to put effort in to save them, and make sure this never happens again.”

Senior leaders openly acknowledge that Kaitaia has a range of entrenched and long-standing social problems, including a lack of viable employment, isolation and strong gang and drug links.

But they also say 2016’s glut of deaths may finally prove a turning point for their “forgotten” town.

Earlier this year, Kaitaia fire chief Colin Kitchen considered quitting his job after attending two hangings and a stabbing homicide in a 24-hour-period.

“Our town has been knocked for sure, we’re still in shock. When it happens once or twice, well sadly that is expected, but when it keeps happening you think ‘what the hell is going on here?’ I did feel at one point that I would have to walk away from it, that I’d had enough,” says Kitchen, who has been with the fire brigade for more than four decades.

“But if we stepped away from it, who would look after our community, and what kind of message would that send, if the leaders desert? I think this year has been so bad it’s been a wake-up call, and I am finally starting to see things turn around. The town is getting stronger and regrouping.”

Griffiths was traumatised by the futility of her friends’ lives so bluntly ended, but also frustrated by the community’s initial response – which she describes as muted and repressed, with people referring to the deaths as “passings” instead of suicides and murders.

“This town is so small everyone was affected by the deaths, literally everyone,” says Griffiths, who has received a $10,000 AMP scholarship to set up a youth space in town, intended as a retreat for vulnerable kids.

Griffith’s determination to face the deaths head-on may have inspired others to reject the mounting negativity surrounding their town, and since August a small but perceptible sea-change has begun, with no more homicides or suicides recorded.

The Facebook group “I love Kaitaia” has hundreds of members, and bumper stickers and T-shirts with the slogan are worn proudly by the town’s residents.

“We don’t want to be defined by death,” Griffiths says.

Photo by Department Of Conservation.