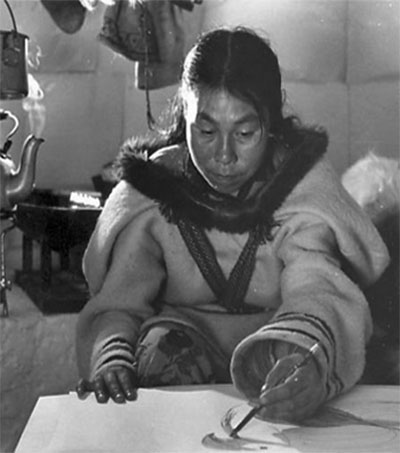 John Feeney’s Kenojuak Returns to Screen in US

The film also showed how the Inuit became involved in printmaking art.

In 1993, Feeney – who was nominated for an Academy Award for Kenojuak – wrote that he had suggested using the now-accepted term “Inuit” in the film, but had been told that it would be confusing for non-Inuit audiences of the day.

According to Wikipedia, after Canada, Feeney spent much of his life in Egypt, making films and photographing. He first arrived in Egypt in 1963 to make the documentary Fountains of the Sun, at the request of that country’s ministry of culture.

In 1958, Feeney received his first nomination for an Academy Award for Documentary Short Subject for The Living Stone, about Inuit carving.

His photography is collected in, Photographing Egypt: Forty Years Behind the Lens.