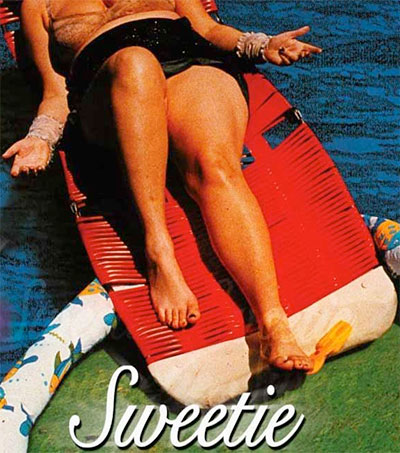 “Campion has made a career of depicting strange and complex female protagonists in strange and complex environments, from a mute Scotswoman sold into marriage (Holly Hunter in The Piano) to a guru-smitten Australian (Kate Winslet in Holy Smoke) and a creative writing teacher who breaks bad (Meg Ryan in In The Cut).

“The first woman to win a Palme d’Or and the second ever to be nominated for best director at the Oscars, Campion is an old hand at creating great characters who exist in worlds a baby step to the left of reality. Places that feel both deeply familiar and vaguely surreal.

“The world of Sweetie – a beautifully strange and compelling film debut – is bent out of shape with almost intangibly subtle precision. Campion offsets what could have been a morose drama with an atmosphere that becomes increasingly, and unnervingly, mystical. That approach would go on to inform her later work, including 1993’s stunning The Piano and TV’s Top of the Lake.”

In 2014 it was announced that Campion was nearing a deal to direct an adaptation of Rachel Kushner’s novel The Flamethrowers.