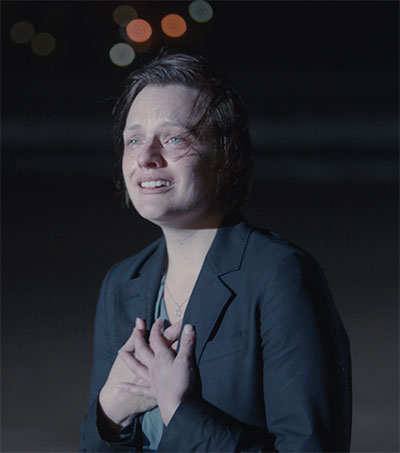 “Is it a movie? Is it a TV show? Whatever you call it, Jane Campion’s latest is as beautiful and soul-stirring as anything you’ll see this year,” David Ehrlich writes in a “grade A” IndieWire review of Top of the Lake: China Girl, a “highlight of the 2017 Cannes Film Festival.”

“Premiering at Sundance in 2013 and airing on SundanceTV later that year, Top of the Lake was notable for being one of the first examples of a major filmmaker realising the full potential of the ‘peak TV’ era. It was also notable for being a staggering piece of long-form fiction, the Palme d’Or-winning director of The Piano returning to her native land of New Zealand for a violently beautiful mystery show that flipped the genre on its ass with savage grace. Fueled by an elemental female energy and forged by centuries of systemic oppression, the bracingly entertaining saga plunged deep enough to earn the implications of its title and then some.

“China Girl is an even more nuanced, more primal, and more entertaining beast than the first season (or just about anything else that’s ever aired on television). It’s an overwhelmingly ambitious and unforgettably thoughtful piece of fiction that’s told with the lightest of touches – you won’t believe how fast the whole thing zips by, or the dark laughs it inspires along the way – and brought to life by a cast that lacks a single weak link.”