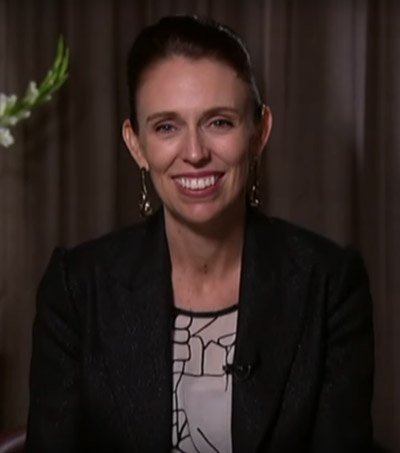 “At just 37 years of age, New Zealand’s Prime Minister Jacinda Ardern is the world’s youngest female Head of Government.” Vacations & Travel Magazine spoke to Ardern about her favourite spots in Auckland and Wellington as well as her favourite Kiwi escapes.”

Local favourites of the Prime Minister include the Twisted Tomato or Mint Cakery – or “anything within walking distance.” In Wellington “proximity is also key” for Ardern, which means the “work caf, Bellamys by Logan Brown, wins most of the time.”

When asked about her favourite weekend escape, Ardern said:

“Spending time with family or heading out on the boat with my partner Clarke is a treat – but then again, so is the occasional weekend at home!”

“Take a ferry across the harbour and stroll the streets of charming Devonport, climb to the top of iconic Rangitoto Island’s volcanic slope, sip your way around Waiheke – the island of wine, or get your wildlife thrills on a Whale & Dolphin Safari.”

Hot Water Beach on the Coromandel Peninsula and Mount Maunganui or Mauao (also known as The Mount) are some of the Prime Minister’s must-do Kiwi family experiences she is looking forward to share with her own little one.

“Anything that involves the sea and sand,” she said.

“We would always head to the beach over summer, so that’s probably the simple thing I am looking forward to the most.”