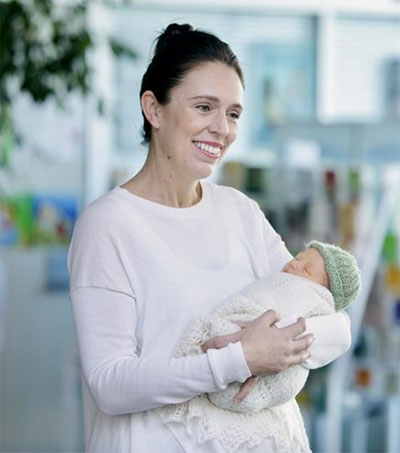 The future of the left is bright if it looks like Jacinda Ardern and American political activist Alexandria Ocasio-Cortez, according to Guardian Australian columnist Van Badham.

As a political communication, Ardern’s recent handheld Facebook Live video is matchless. In an epoch overcast by growing shadows of reenergised rightwing authoritarianism, Ardern’s public hospital nativity offers a luminous symbolic affirmation of her leadership not just of New Zealand, but of the western electoral left.

The leader of the first Labour government in New Zealand for a decade shares the explicit left agenda for investment in health, education, climate action, public housing and social justice. Ardern’s pledge to build “a kind and equitable nation where children thrive, and success is measured not only by the nation’s GDP but by better lives lived by its people” is the ancient standard of our side.

What distinguishes Ardern is her active embrace of what Walter Benjamin referred to as “the time of the now” and the diverse and complex identities of a community that no longer sees itself as by, for and of propertied, straight white men. Doing so shatters a traditionalism that imprisons the left even as much as it inspires today’s right.

Ardern is the first elected world leader to ever go on maternity leave. Of this, former New Zealand Labour prime minister Helen Clark noted: “These are the kinds of practical arrangements working women make the world over – the novelty here is that it is a prime minister who is making them. The signal this sends, however, is that this is life in the 21st century.”

But the insight is enhanced by considering theorist Stuart Hall’s old observation that “Politics does not reflect majorities, it constructs them.” Local New Zealand commentator, Michelle Duff, lauded the events of Ardern’s maternity as a national achievement, writing, “Let’s just take a moment to appreciate that we, as a nation, have pushed the boundaries and created an environment where this can happen.” Clark said for New Zealand, this was merely “evolution”.

“Strong men” of the right are now lining up governments from Italy to Turkey to the United States. The times of the now are ones in which we can construct majorities of a diversity they cannot – and do not wish to – represent. We can hope the influence of Ardern and Ocasio-Cortez spread, or we can ensure that it does. The stakes for the marginalised remain life and death.