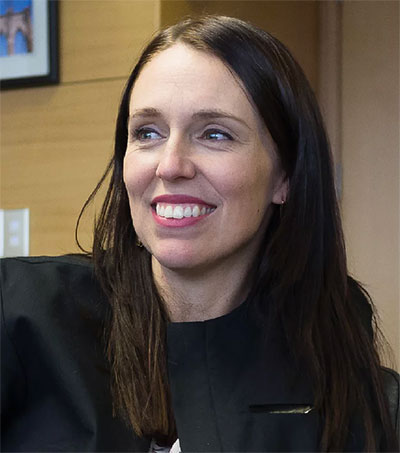 From the outside it appears to be business as usual for New Zealand’s prime minister. But eight weeks ago Jacinda Ardern became only the second leader in the world to give birth while in office, and last week she returned to work having to juggle the responsibilities of office with the demands of parenthood.

Some things have had to change. Among them is the prime minister’s office tearoom, which has been converted into a baby changing room for Ardern’s daughter, Neve Te Aroha. Another is the working day, which now includes breastfeeding every three hours, sometimes mid-briefing. A third thing that has changed is Ardern’s perspective.

“Of course it is hard graft in those early weeks,” says Ardern, who appears as relaxed as ever as she speaks to the Guardian about her first weeks of motherhood.

“We’re still a very busy workplace obviously and there’s a lot going on, but you get these small moments where I will break to feed Neve and I will continue to be briefed while I am doing that, but it just means that probably the atmosphere feels a bit different. I am sure having a baby around a working environment changes the tone a little bit.”

Ardern is enjoying the change, she says. Even being woken up at night by Neve has elements of joy. “It sounds probably contradictory but that is how we’ve felt.”

Next month Ardern, partner Clarke Gayford and Neve will travel to New York for a United Nations general assembly. Discussing climate change and the rights and wellbeing of women and children worldwide will be among Ardern’s priorities. After Donald Trump’s recent trade threats, stabilising and strengthening international trade agreements will also be on the agenda.