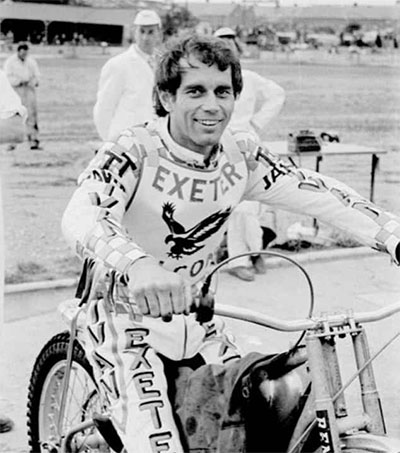 Ivan Mauger Was the King of Speedway

Speedway legend Ivan Mauger, who won a record six world championships during the 1960s and 1970s, has died at his home on the Gold Coast, Queensland. He was 78.

When Christchurch-born Mauger came to the UK from New Zealand in the 1950s to make his name in speedway, there were five tracks in the country. By 1972, when he was the king of his sport, there were 37 and weekly attendances of 300,000.

No rider transcended speedway like Mauger. Untroubled by self-doubt, he had a reputation for bolshiness. “I don’t care how unpopular I am as long as I am world champion,” he said. “Promoters don’t like me from Monday to Friday, but they like me to fill the track for them on a Saturday.”

He cultivated a steely, aloof persona, but away from the track he could be charming and personable. “If he lost a race it was never his fault,” Richard Bott, a journalist and friend, said.

Mauger won a record six World Championships. A showman in colourful leathers, he was also a master tactician. For the 1972 final at Wembley he wore simple black leathers. There were six unfancied Russian riders who always wore black and Mauger felt that the other riders – psychologically – would not consider him a threat. He won his fourth title.

His career was slow to take off. When he returned to New Zealand for a short time, he took a job delivering beer. Mauger wrote to British promoters for two years as his star rose and signed for Newcastle Diamonds in 1963. His first world championship victory came five years later. In 1969 he joined Belle Vue Aces, who were in the doldrums. After winning his third final in a row the next year, two American fans had his winning bike gold-plated. He also led Belle Vue to three successive national titles. The authorities thought he gave the Manchester team too much of an advantage and he was ordered to move. He joined Exeter Falcons, whose owners laid on private planes and Rolls-Royces to transport him from his home. He won his fifth world title in 1977 before joining Hull Vikings and took his sixth in 1979. Mauger retired to the Gold Coast in 1986 to look after his business interests.