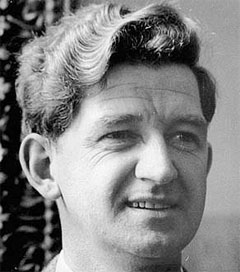 It’s the Joy that Always Wins Out

New Zealand mountaineer George Lowe, the last survivor of the 1953 British expedition that conquered Everest, has died in Ripley, England aged 89. Hastings-born Lowe played a crucial part in the party’s success, displaying phenomenal strength and stamina to ferry kit up to the South Col, just shy of the peak, from where his fellow New Zealander and friend Edmund Hillary, with Sherpa Tenzing Norgay, pushed on to the summit itself. According to John Hunt, the expedition’s leader, Lowe “put up a performance which will go down in the annals of mountaineering as an epic achievement of tenacity and skill”. Lowe was a schoolteacher who in the school holidays, trained as a mountain guide, frequently teaming up with Hillary, in the Southern Alps, where they perfected their technique on such peaks as Mount Cook and Mount Tasman. He counted himself Hillary’s oldest friend. Before his own death, Hillary wrote the foreword to The Conquest of Everest: Original Photographs from the Legendary First Ascent, which Lowe compiled with Huw Lewis-Jones and which is to be published imminently. “The mountains were a deep source of real happiness. They dispense a lion’s share of sorrow too, but it’s the joy that always wins out.”