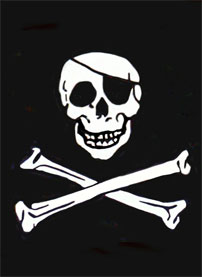 Internet piracy rates in New Zealand have halved since the introduction of the controversial “three strikes” rule, the Recording Industry Association of New Zealand (Rianz) says. The rule allows fines of up to $15,000 to be issued to illegal downloaders caught three times. Rianz reported a significant drop in piracy levels — its data suggesting the incidences of top-200 movies being viewed illegally went from 110,000 in August to 50,000 in the following month, when the rule came into force.