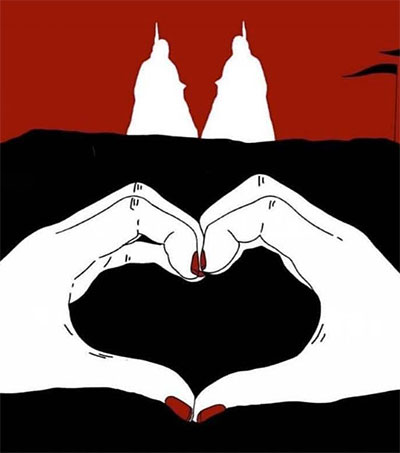 Why Ihumātao Truly is a Piece of New Zealand’s Soul

“In a city that has destroyed or forgotten most of its past, fragments of Auckland’s deep histories still survive at Ihumātao,” history curator at the Auckland War Memorial Museum Tāmaki Paenga Hira Lucy Mackintosh writes in an opinion piece for The Guardian.

“Until recently, Ihumātao was a quiet, rural area on the edge of Auckland that few people had heard of,” Mackintosh writes. “Situated on a small peninsula on the west coast of New Zealand’s biggest city, Ihumātao is next to Auckland airport, but locals, tourists and historians alike have tended to focus on the city’s urban areas and its northern coastline. Despite, or perhaps because of, its long, complex and difficult history, Ihumātao has remained outside the consciousness of most New Zealanders.

“In July however, Ihumātao hit national and international headlines when a group known as Soul (Save Our Unique Landscapes), which had been occupying land at Ihumātao for several years to protest against a planned major housing development, was served an eviction notice. The situation escalated quickly as police arrived to enforce the eviction, and thousands of people from around the country converged to support Soul. Many saw the stand-off as part of a global movement to assert Indigenous rights that includes protests at Mauna Kea in Hawaii, North Dakota and the Amazon rainforest in Brazil.

“Soul, which comprises mana whenua (Māori with historic and territorial rights to the land) and members of the wider community, argues the development is not appropriate because of the historical and cultural significance of Ihumātao. Some tribal leaders, however, supported the development, having negotiated with developers to ensure they returned a portion of the land to mana whenua and set aside some of the planned houses for local Māori to purchase.

“As Auckland continues to expand, its new roads, runways, factories and houses threaten some of the oldest and richest histories in the land. These histories are alive and present for mana whenua at Ihumātao, but they should also be known by all New Zealanders. The recent decision to make New Zealand history compulsory in secondary schools is one step in the right direction. Ihumātao is not a remote site of marginal importance, but a place that should be central to all of us, if we are to understand different perspectives on our history; even those that don’t fit comfortably or easily into the overriding European narratives that have been crafted about our nation’s past.”