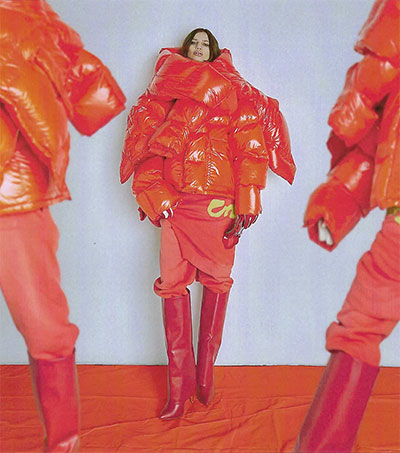 “Dylan Richards and Sebastian Hunt saw eye to eye the moment they met at 17 years old. The New Zealand-born and raised creatives yearned to be anywhere but home, where support for their vision was scarce,” Gillian Chu writes in a feature for men’s fashion platform Hypebeast.

“Despite the limitations in resources and opportunities, the synergy between Richards’ attention to detail and Hunt’s devil-may-care attitude eventually made its way to Los Angeles where they were scouted to work alongside Kanye West as YEEZY’s ghost stylists in 2015. Now over half a decade later, the mindset that bonded them together eleven years ago proved to be unwavering with the birth of their fashion label, Entire Studios,” Chu writes.

“From styling A-listers to achieving instantaneous sell-outs of the brand’s first collection, the pair are living their ultimate fashion industry dream.

“‘We did a lot of problem-solving to accomplish the kind of work people were interested in despite not having access to fashion houses to pull resources from, so being in New Zealand gave us the mentality to think outside the box,’ [Richards says].”