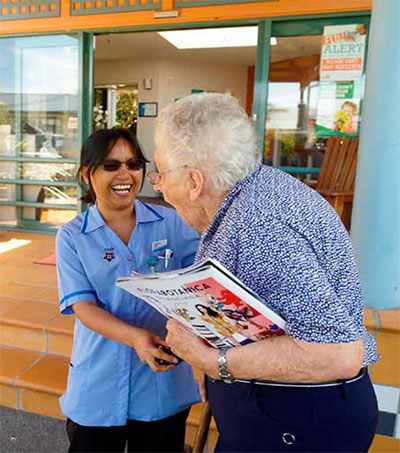 Organizations advocating for improved public health around the world have fallen woefully short when it comes to addressing gender disparities, both in the work they do and in their own operations. Until this changes, progress toward goals for both public health and gender equality will suffer.

“Over the past few decades, the international community has tasked itself with achieving a wide range of social and environmental objectives, many of which are enshrined in the United Nations Sustainable Development Goals (SDG) for 2030,” according to Clark and Pakistan’s Sania Nishtar, co-chair of the World Health Organization’s Independent High-level Commission on Noncommunicable Diseases, and the founder and president of Heartfile.

“We have advocated for many of these goals, as well as similar efforts that preceded the SDGs, because we believe that such collective projects are necessary to create the type of world we want for our children and grandchildren. But we have also come to realize that far too many efforts to fulfill global commitments lack the meaningful reporting mechanisms needed to succeed. If we are serious about translating lofty pronouncements into real progress for people and the planet, this will have to change.

“Consider public health, an issue that affects everyone. The global agenda in this area determines the norms and standards that shape how public and private actors promote health, prevent disease, and administer care. It encompasses research initiatives and global public goods such as vaccines and emergency-preparedness programs for epidemic outbreaks. And it brings people together to work toward providing universal health coverage and ensuring everyone’s right to health.

“In the SDG framework, the separate issues of gender and health are intertwined, because gender itself is a major driver of health outcomes.

“Looking ahead, we hope to see all global health organizations adopt concrete measures to address the shortcomings identified in the Global Health 50/50 report. Failing that, we would recommend that next year’s report also rank the organizations in question, to make clear which of them are still falling behind.

“Women once had to fight for the right to vote, and we are now fighting for paid parental leave and equal pay. But we must go further, by also advocating for accountability and gender equality in the sphere of global public health.”