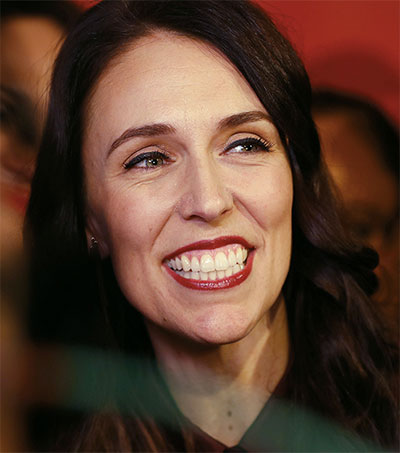 “Jacinda Ardern’s sudden, spectacular rise to the position of New Zealand’s prime minister in 2017 propelled her into headlines around the world. Deservedly so,” Helen Clark writes in a piece for Foreign Policy magazine.

“In an era defined by the emergence of populist leaders who are often authoritarian, reactionary, and male, Ardern stands out as progressive, collaborative, and female,” New Zealand’s former prime minister writes.

“Her speech at the United Nations General Assembly in September 2018 fuelled her growing reputation as the ‘anti-Trump’. She called for, among other things, kindness and collectivism as an alternative to isolationism, protectionism, and racism.

“In New Zealand, Ardern’s commitment to fighting child poverty and homelessness has come as a relief after years of relentless increases in both. Whereas the world’s right-wing populists stigmatize and stereotype marginalised people, Ardern has established kindness as a key principle for government policy and has worked to promote inclusion and social cohesion. A family tax package that took effect last July is forecast to reduce the number of children living in poverty by 41 per cent by 2021, and a new Child Poverty Reduction Bill, which further targets and measures child poverty reduction, is currently before the New Zealand Parliament. She has extended her values-based approach to foreign policy as well – most dramatically by offering New Zealand as a home for 150 of the refugees currently stranded in camps run by Australia in Papua New Guinea and Nauru.

“I expect Ardern will continue to innovate on policy and to clearly communicate what she stands for and what her government is doing and why. She will continue to stand out globally both because she is young, progressive, and female and because she won’t back down from tough issues. New Zealanders can take pride in her global profile and in her ability to draw positive attention to their country. Her boundless energy and optimism will serve her well as she leads New Zealand in today’s volatile world.”