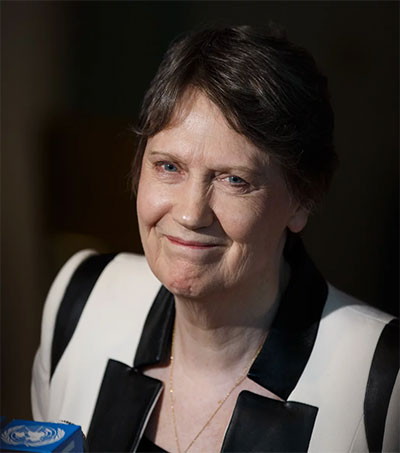 New Zealand’s former prime minister Helen Clark has begun her campaign to become the first woman to lead the United Nations, saying in Paris that, “peace really matters to women”. Clark has led the largest UN agency, the UN Development Programme, which implements the body’s worldwide economic development operations, since 2009.

Clark, 66, said she “never asked for supporters because I’m a woman,” but acknowledged that “Of course I am a woman, and I bring that perspective to a job.”

“It holds generally true that women carry a broad range of family responsibilities” and give priority to health and education, she said.

As such, Clark said women are a vector for peace and stability, stressing: “Peace really matters to women.”

She plans to promote her bid in each of the capitals of the five permanent members of the UN Security Council – France, Britain, the United States, Russia and China.

She and three other women are among the nine candidates so far in the running to succeed Ban Ki-moon of South Korea as secretary general.

The UN Security Council is expected to begin a round of straw polls in July to nominate a candidate.

The General Assembly is expected to endorse the choice in October, and the successful candidate will begin work on 1 January 2017.

Original article by Agence France–Presse, The Guardian, May 2, 2016.