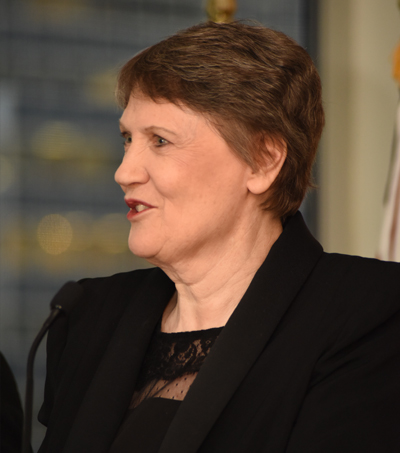 Former Prime Minister Helen Clark’s announced candidacy for the position of Secretary-General at the United Nations has been hailed around the world by international media.

The UN’s current top ranked woman as head of the organisation’s development programme is the eighth candidate for the job presently held by Ban Ki-moon and her candidacy was reported by global news agencies Reuters and Bloomberg, as well as the UN Tribune, UK’s Telegraph, Guardian and Daily Mail newspapers, Sydney Morning Herald and the Melbourne Age and a range of other international media.

Prime Minister John Key formally announced her tilt for Secretary-General at a press conference this morning (NZ time) and has promised to put the full weight of the Government behind her bid.

Clark, in a separate press conference in New York, said: “I am putting myself forward based on proven leadership experience over close to three decades, both in my own country and here at the United Nations.”

Key said: “Helen Clark has the right mix of skills and experience for the job.”