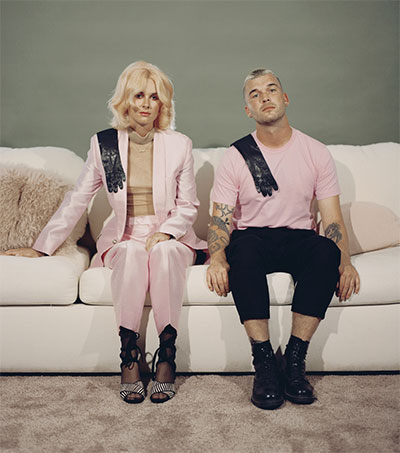 Get to Know the Brother-Sister Duo Broods

New Zealand duo Broods, comprised of Georgia and Caleb Nott, explain to Billboard magazine that they were born in Blenheim, but grew up in a town called Nelson. The name Broods was actually suggested by their manager, although the pair originally considered calling themselves Why July because both of them, along with all of their siblings, were born in July.

When it comes to their music, Caleb tells Billboard that his biggest inspiration is the Gorillaz, while Georgia names Bat for Lashes, calling her “stupidly good”.

Asked what song of theirs people unfamiliar with their music should listen to first, Georgia suggests “Peach”, the first single off of their next album, with Caleb adding that should be the general rule of thumb for anyone’s music.

“People that want to get into anybody’s music always just listen to the latest thing,” he says, “because that’s where it’s going and that’s what the artist is most excited about.”

“And it’s really great,” she adds. “You can do everything when you’re listening to our music. Dance, cry, have a panic attack, question your life choices, love somebody, have sex. It’s all there. You can do anything to our music.”