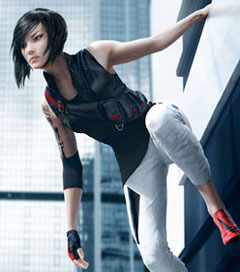 Game developer New Zealander Lucy Morris, who lives in Düsseldorf, this week participated in a 48-hour game jam – or a fleeting arcade of game developers planning and creating a game over a short duration – exclusively promoting powerful female protagonists. Canadian Kimberly Voll, who runs the Vancouver chapter of the Global Game Jam, organized the Vancouver arcade over 12 and 13 July to target the paucity of female protagonists in video games and seek to reverse the industry’s masculinist mindset.

Along with Morris’ boyfriend in Mumbai, the pair digitally submitted their creation to the Vancouver jam. It’s an aged cliché that the gaming industry is an exclusive boy’s club. 46 per cent of Canadian gamers are women, according to the Entertainment Software Association of Canada (ESAC). That means nearly half of the population is being underserved, Morris said. With a near 1:1 ratio, 22-year-old Morris said the gaming market will start demanding more equality in their products. Gaming market research firm EEDAR discovered last year that of 669 current action games, shooters, and RPGs, only 24 of them had female-only heroes.

On top of that, games with exclusively male leads sold about 75 per cent better than games fronted by women. “When you look to games produced by smaller publishers and independent game developers, the gender inequalities don’t exist,” Voll said. Morris said she prefers picking up an indie game for that very reason. Citing the example of her favourite game Final Fantasy VI with the classic heroine Terra, she said there is little reason for publishers to shy away from women leads.