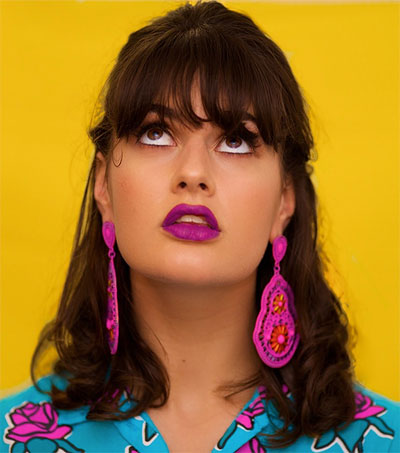 When it comes to jazz and soul in Australia, few are on the same level as future soul singer Wellington-born Wallace Gollan, aka Wallace onstage. With her smooth and dusty tone reminiscent of the classic voices before her, it’s a blast from the past with a modern twist that instantaneously hooks you, Martin McConnell writes for Howl & Echoes.

Ahead of her upcoming single and feature at Brisbane’s BIGSOUND conference in September, Howl & Echoes managed to catch up with the singer to chat about her beginnings, influences, upcoming plans, and everything in between.

“My Dad is music mad and he’s a great singer actually,” Wallace says. “He’s a blues man through and through, so he also plays the harmonica. I grew up on Motown, lots of soul and blues. I got into jazz when I was 13 or so. I couldn’t get enough of all those incredible voices, the distinct tones.

“When I first moved to Sydney about four-and-a-half years ago I started just doing cover gigs and then tried to get as many gigs as I could – which is fine and I really miss that, but I’ve realised that I’m finally meant to be doing my own music.

“BIGSOUND is] just such an amazing space to play in front of so many people who can change things for you. Having everyone there and being able to access their knowledge I just think it’s such an amazing time.

“I’ve got [a] song called Raffled Roses coming out, potentially just before BIGSOUND. I’ve got my first headliner in Sydney and we’re going to launch that song then.”