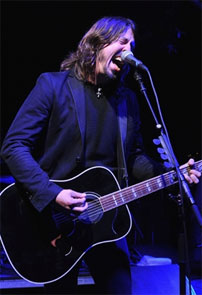 Auckland GeoNet scientists have said that the recent Foo Fighters concert at Western Springs caused geological vibrations on par with “volcanic tremors”. The vibrations emitted “a strong low signal,” geologists at GeoNet reported. “The ground was shaking three times per second in a nice rhythmic motion.” The recordings were taken at two monitoring stations located about a mile from the concert site. With lulls between songs, and the biggest quake coming around the time the band took the stage at 8:20 p.m., it was clear the tremors were the man-made work of 50,000 dancing fans, the scientists concluded.