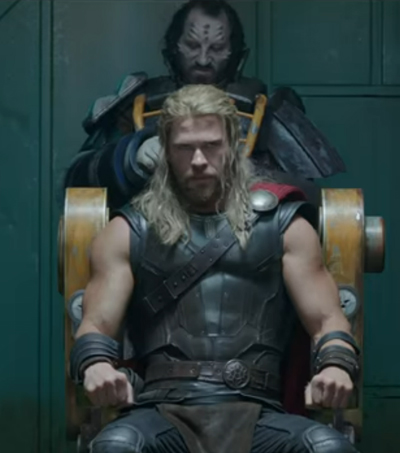 The first trailer for Thor: Ragnarok, which was directed by Taika Waititi, has been released, as reported in an article in The Guardian.

“Following on from the events of Avengers: Age of Ultron, the third instalment of the superhero franchise sees the hammer-wielding superhero imprisoned on the far side of the universe without his trusty weapon. There he must engage in a deadly gladiatorial contest against old ally the Incredible Hulk.”

“As yet Thor’s fate is unclear, but what is clear from the first teaser trailer is that Ragnarok will continue to display the blend of exuberant action and comic chops of the franchise’s first two films,” reports the article.

“Thor: Ragnarok is directed by New Zealand filmmaker Taika Waititi, best known for comedy films Hunt for the Wilderpeople and What We Do in the Shadows.”