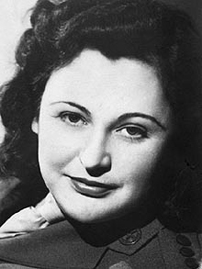 Farewell to the White Mouse

New Zealand heroine and NZEdge hero Nancy Wake has passed away in England, three weeks shy of her 99th birthday. Born in Wellington in 1912, Wake moved to Australia with her family as a toddler before relocating to Europe at 16 where she worked as a freelance journalist. In 1938 she married a wealthy French industrialist and were living Marseille when France fell to the Germans. Despite having the wealth to avoid the hardships of war, Wake chose to join the resistance – a decision that led her to flee her home as the Gestapo came to arrest her. Known by the Gestapo as the White Mouse for her uncanny ability to avoid capture, Wake saved the lives of hundreds of allied lives during World War II and by 1943 became the Gestapo’s most-wanted person with a five million franc price on her head. Following the war Wake became one of the most highly decorated women of the war, receiving the George Medal, Medal of Freedom and Médaille de la Résistance in addition to numerous other honours. Despite leaving New Zealand when she was very young, Wake refused to renounce her New Zealand roots saying she was born in New Zealand and would always be a New Zealander. Right up to her death, Wake never lost her fighting spirit – as she said in an interview at age 89 “Somebody once asked me: ‘have you ever been afraid?’ Hah! I’ve never been afraid in my life.”