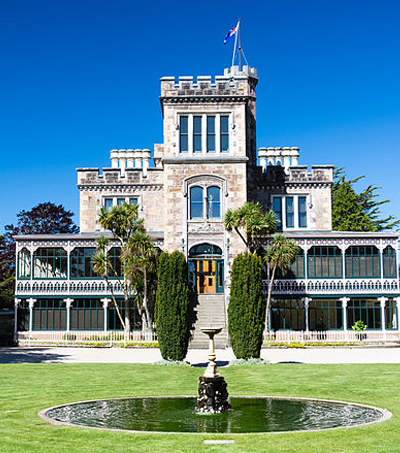 Despite its low profile, Dunedin has a quiet, understated cool,” writes Lilit Marcus in an article on CNN.  “As a university town, it is full of inexpensive eats, street art, craft beer and live music, not to mention cheery locals who are known to argue over who gets to stop and give you directions.” Marcus outlines some of the city’s must-do’s.

Take a photo at the Railway Station

The city’s “gray, gingerbread-esque railway station may not be in use anymore, but it has a purpose these days – being the most photographed spot in all of New Zealand, according to some.”

Larnach Castle, which was built in 1871, is New Zealand’s only castle. Marcus recommends heading there for high tea or a fancy dinner

Take a tour of the Speight’s brewery

You can tour Speight’s Dunedin brewery year-round. The now-ubiquitous national beer “traces its roots right to Dunedin and brands itself ‘the pride of the south’”.

Marcus also recommends stocking up on books at Hard to Find Books and exploring the city’s vibrant street art scene. To read more about must-do’s in Dunedin, please click here.