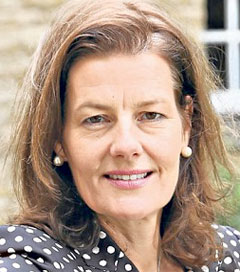 Dean of New Oxford Business School Reflects on a Year

The New Zealand-born dean of Oxford University’s new Blavatnik School of Government, Ngaire Woods describes the first year as “terrific. Fun. Challenging. Great,” without pause. “It has been a whirlwind.” It might keep her busy, but does the world really need another school of government? “Most of the US schools’ charters say they must serve the United States first, and then the rest of the world. So we want to be a school for people from all the other countries, the other 192 in the system. Nothing substitutes for having Russian, Yemeni, Chinese and British students sitting there, each with a completely different view of democracy and each absolutely certain that their view is the best. Just look at how many governments around the world are failing their communities. People think that all politicians are venal, corrupt evil doers, but they are not. I see well-intentioned people all over the world but they don’t know how to make a difference.”

The course, for which there is no age limit, finishes in August, but Woods is already preparing for next year. “The number of senior people who have applied surprised me,” she says. “We have got police chiefs from Pakistan and Mexico, deputy ministers from Libya and Afghanistan, judicial officials from Georgia and Morocco and senior people from the British Treasury.” She hopes that such high-ranking classmates will keep in touch with each other after they graduate, forming an Oxford alumni network to rival the Bullingdon Club.

“If you’re a government official, you don’t trust strangers in other people’s governments, and nor should you. But if you’ve seen how they do exams and seen any propensities to overstate, lie and be opportunistic, it bodes well for you to co-operate later on.” Two centuries ago, chums schooled at Oxford ruled the Empire.

Now, Woods insists: “No country can claim it has got a civilising mission for the rest of the world without sounding a bit ludicrous.” Her mission is to help her students understand other countries, not judge them. Will she succeed? Keep an eye on Who’s Who. Woods is also a Professor of International Political Economy and fellow in Politics and International Relations at University College, Oxford. She studied at Balliol College, Oxford as a New Zealand Rhodes Scholar.