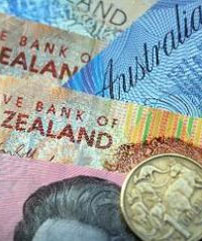 Perhaps the most “absurd” thing to cross Forbes’ contributor Tim Worstall’s desk on this particular morning was a report on how New Zealand and Australia might merge their currencies to create a single trans-Tasman currency block. “The productivity commissions of the two nations indicated a shared Trans-Tasman currency could reduce business costs but pointed to Europe as an example of possible downsides,” Worstall writes. “Given that I regard how and when the Chinese economy slows down as the most important economic question the world faces currently I’d say that tying the NZ$ to the A$ would be the most insane decision made since Ireland bankrupted the entire country by guaranteeing all the banks.”