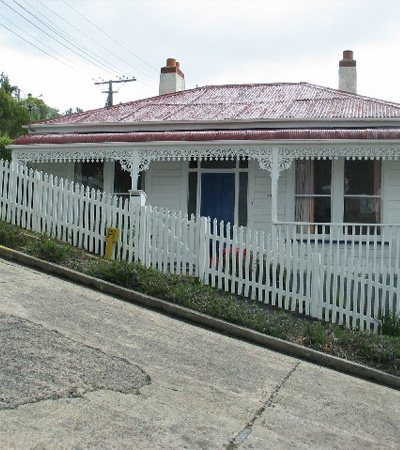 “As I trudge, sweating and red-faced, up the world’s steepest street I decide that cameras sometimes help people tell fibs”, writes Chris Pritchard for The Daily Telegraph.

Dunedin’s Baldwin Street is listed in the Guinness Book of Records as the world’s steepest street and has become one of this South Island city’s top tourist attractions.

Located up the northern slope of Signal Hill – a five-minute drive from The Octagon, the Dunedin Street overlooks Otago Harbour.

Even though the suburban road does not seem very steep on first glance, it rises one metre every 2.86 metres.

“A footpath becomes steps. Concrete replaces asphalt in the steepest sections of Baldwin St’s 350m length because melted tar would trickle down the slope on hot days. And concrete provides a better grip on frosty winter mornings”, writes Pritchard.

Every year the on-foot Gutbusters Race takes place on the steep street as well as the popular Jaffa Race in which sweets are rolled from the top of the street.