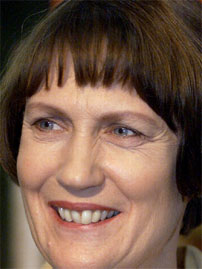 Helen Clark, formerly New Zealand prime minister, has just announced that she will be seeking a second term as the first female head of the UN Development Programme. While visiting Brussels, she spoke to New Europe’s Andy Carling. “You’re prepared to go out there and engage,” Carling says. “New Zealand has to make its own luck and we have,” Clark replies. “It’s been through positioning ourselves as an independent minded country and we are a country without enemies, we only have friends, we build relationships. If I was standing back and looking at what we see around the world, and what lessons there might be for Europe, I say keep that commitment to social cohesion, the social market is a balance. There’s a balance and if you tip too far, you upset the balance and undermine cohesion.”