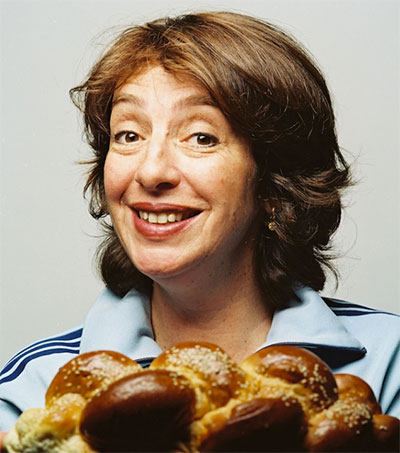 Comedian Deb Filler Does It Her Way in Yiddish

New Zealand comedian Deb Filler recreates 50 years of chart-toppers and pop icons in her solo show I Did it My Way in Yiddish (in English). Toronto-based Filler performed the show at this year’s Chutzpah! Festival in Canada. It was reviewed by the Vancouver Observer’s, Lincoln Kaye.

“Liberally sprinkled with raunchy humour, untranslatably flavourful Yiddishisms and poignant personal memoirs … [I Did it My Way in Yiddish (in English) is] complete with cameo appearances by everyone from Filler’s own parents to the Rolling Stones to Leonard Cohen to Ludwig van Beethoven,” Kaye writes.

“To describe I Did it My Way in Yiddish as a 90-minute monologue hardly does it justice. Rather it’s a one-woman show with a couple of dozen dramatis personae.

“Filler boasts decades of worldwide experience on stage and screen. She’s logged in the requisite years of waitress and cabbie work, waiting for her big break. She’s crossed paths with some of the greatest entertainers of her generation, and trained with such luminaries as Stalla Adler and Uta Hagen.

“But, in the end, what makes her performance so irresistible is her innate mimetic genius – her sharp, compassionate observation of people, her instinct for spot-on timing and just-right exaggeration, her amazingly limber facial expression and body language. But, most of all, it’s the unfeigned warmth of her connection with her audience.”

Born in Auckland, Filler is the daughter of Holocaust survivors who settled in New Zealand after years in a displaced persons camp.

Tags: Chutzpah! Festival  Deb Filler  I Did it My Way in Yiddish (in English)  Vancouver Observer