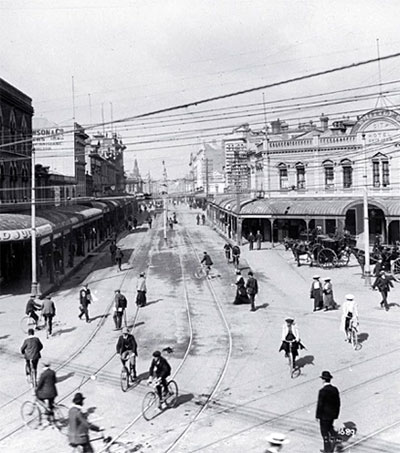 After the 2011 earthquake, Christchuch residents were asked what they wanted from the city once known as ‘Cyclopolis’. They demanded a greener, more people-focused city – and investment in new cycleways means it is starting to happen, the Guardian reports.

The model to transform was based on those northern European countries that are famed for their cycling infrastructure – particularly the Netherlands and Denmark.

Transport engineer and cycling advocate Glen Koorey was interested in how they did what they did. After all, 40 years ago Amsterdam, the bastion of cycle-friendly cities, was heading down the same path as Christchurch. It had not invested in infrastructure, and the proliferation of low-cost cars and cheap petrol saw its streets bulging with vehicles. But then Amsterdam had its own earthquake of sorts, says Koorey: a terrible record of children being killed by motorists. It took that self-reflection to turn the city around. Now, 32 per cent of Amsterdam traffic is made up of bicycles.

New Zealand has a way to go. Cycling here accounts for 1.4 per cent of trips, and 3 per cent of all commutes. In Christchurch this rises to 7 per cent – making it the country’s unofficial cycling capital. But that number used to be much higher. In fact, Christchurch was once known as “Cyclopolis” and as the “Copenhagen of the south”.

You can still find old black-and-white films of commuters clogging the city’s streets. But in these films there are not traffic lights, roundabouts and intersections; instead, there are hundreds of cyclists all merging, all organically going about their day. In 1924, the council estimated there were 40,000 cyclists in the city – half the population at the time.

Koorey believes that one day, Christchurch can become more than “just” the Copenhagen of the south. He thinks it can become one of the best cycling cities in the world.