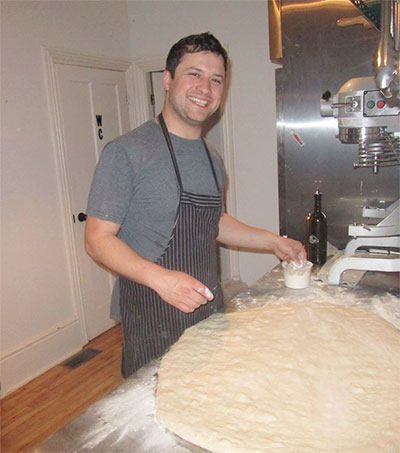 Originally from Wellington, Hodges graduated from City and Guild’s London Diploma of Culinary Arts in 2001. By 2004 he was working at Whistler in British Columbia, followed by award-winning Cibo Trattoria in Vancouver.

If you love your community, eat local food. That’s the message from Hodges and Thom; they practise what they preach.

Hodges, who co-founded Epicurious Catering in Vancouver eight years ago, explains: “If you source from local farmers you know, you keep the local food economy strong. The more people who work locally, the more people who can shop locally.

“Here [in Kingston], we can see the farms,” he says as he points toward Wolfe Island. “What’s available here is so fresh.”

“There’s a great market for food in this town. The hottest thing in New York City, New Zealand and Australia are the cafés. We need more of them in Canada.”