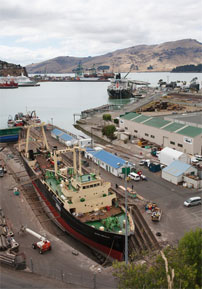 Despite the prevalence of foreign-chartered vessels (FCVs), which in 2010 earned $274.6 million in export revenue and hauled in 62.3 per cent of New Zealand’s deepwater fisheries catch, some companies have determined they are not worth the risk of supporting vessels potentially operated under coerced labour, and on which many crews work in deplorable conditions. In New Zealand, there is no independent auditing of catch method once a fish has been landed and processed. Perhaps 15 per cent of all New Zealand hoki exports may be slave-caught, and 8 per cent of the country’s southern blue whiting catch may be tainted. “The reputational damage is immeasurable,” says Andrew Talley, director of Talley’s Group, New Zealand’s third-largest fishing company, which submits to third-party audits on its labour standards. “New Zealand seafood enjoys a hard-earned and world-leading reputation as a responsible fisheries manager, with a product range and quality to match,” Talley says. “There is nothing responsible at all about using apparently exploitative and abusive FCVs.”