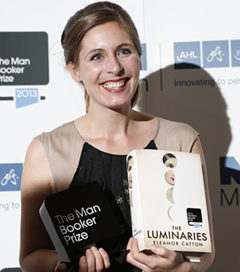 New Zealand author, Eleanor Catton, has been named as one of TIME magazines 30 under 30 who are changing the world.

Catton won the illustrious Man Booker Prize this year for The Luminaries, a 832-page book set in Hokitika during New Zealand’s 19th century gold rush, becoming the youngest ever winner of the prize. She also takes the title of the longest book to win the prize and is the last author to win the Man Booker before the prize is opened up to citizens’ of countries that are not members of the British Commonwealth next year.