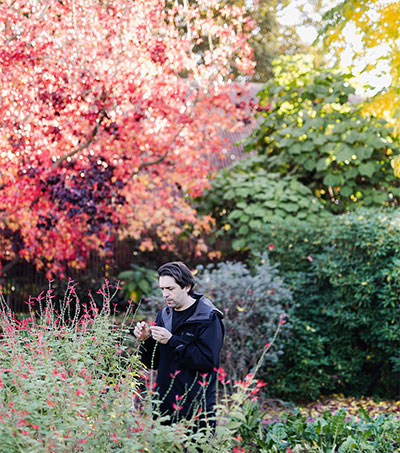 Ben Shewry is one of the most celebrated chefs on this sunburned continent, a New Zealander who moved to Australia in 2002 and has since developed an immigrant’s love of his strange new home, Sam Sifton writes in a feature article for the New York Times.

The cooking he performs at Attica, the elegant little restaurant he owns and operates in Ripponlea, one of Melbourne’s quieter suburbs, is precise and beautiful, lauded at home and abroad as a reflection of his growing understanding of the nation and its history: its ancient, indigenous ingredients transformed by his emotional reaction to them into something indisputably new and exciting, memorable and rare.

“You can’t look things like that up anywhere,” Shewry, 40, told me during a discussion of how he develops recipes for the ingredients he finds. “There is no website. There are no recipes. You really have to work at it, experiment, think.”

But he wanted to be clear: Australian cooking, he said, ought to reflect more than simply the nation’s history of immigration – the forced transportation of British convicts in the late 18th century, the arrival afterward of Chinese miners looking for gold, and the rush of Europeans in the wake of World War II. It should also celebrate the 50,000 or more years of aboriginal history that came first, and the ingredients that made that culture possible.

“What I really, really want to do at the restaurant,” Shewry said, “is to bridge this immense divide between what immigrants have brought to this country and what was already here.”

The gardens of Rippon Lea Estate, a short walk from Attica, are central to that pursuit. A large farm built in the mid-1800s for a wealthy Melbourne businessman named Frederick Sargood, who ran it with his wife, children and a large house staff, the property is now in the care of the National Trust of Australia. Shewry and his cooks plant and maintain plots throughout the gardens and orchards and visit them daily to harvest, prune and keep up the ancient irrigation system that Sargood installed against the fierce Melbourne summer sun.

Few who come to Attica, he said, know what the fruit of the plum pine tastes like. He pointed at one, small, still growing. “It’s bitter now, and it will only be delicious for a few hours when it’s ripe,” he said. “But when you taste it?”

He spread his arms wide. “I want them to know: This is your country’s food,” he said. “All of this.”