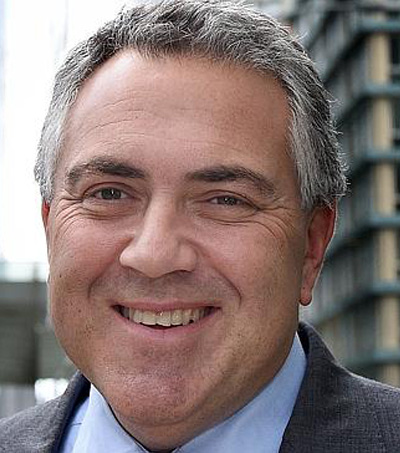 The New Zealand Dollar is in sight of reaching the same value as the Australian Dollar. While New Zealand has developed structural reforms to secure future economic growth, Australia “is still operating on the presumption of a never-ending ­mining boom” according to Joe Hockey, Australia’s Federal Treasurer in a Daily Telegraph op-ed.

As a result of their future oriented planning, New Zealand’s unemployment is falling, living standards are rising and Budget “is coming into surplus”.  In contrast Australia is borrowing $100 million a day, as “a result of falling revenue and ever-increasing expenditure”.

“This is money that could be better spent on important social services or vital national infrastructure; (…) that could be used to refund higher taxes that are being caused by tax bracket creep”, said Hockey.

Rather than Labor’s solution of increasing taxes, Australia needs to “tackle the difficult problem of living beyond our means” and “better control our spending and reduce the tax burden”, according to Hockey.

“The world is changing and we need to prepare for the challenges and opportunities over coming ­decades. The last 40 years has been a ­lesson that in order for things to stay the same we must change. The next 40 years will be no different.”

Since last year Australia has started to implement plans to ensure that Australia will be able to “afford its future”.

“We will continue to get back to surplus as soon as possible, but we will do so without hurting families or the broader Australian economy”, said the Federal Treasurer.