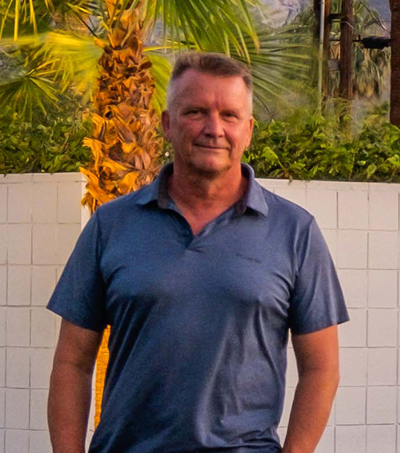 Former Wellingtonian Philip Roche and his iconic Palm Springs Mid Century Modern feature in September’s issue of NZ House & Garden. His design and restoration of the ranch-style house tells a story of care, observation and openness, incorporating the natural landscape into an ideal desert vibe with stones, palms, and cacti taking center stage. Roche’s work as a landscape designer is so well regarded in the U.S. that he recently launched a property concierge business, Roche.Design, where his eye for property improvement has become a service for his customer base.

Philip’s journey to the desert home in Palm Springs starts “when he and his American husband, medical administrator Doug Brito, moved from their Manhattan apartment to a lifestyle block in New Jersey. They’ve now renovated five homes in the region, including one built in 1740 and their current 1950s farmhouse, which they completely gutted. Keen to get away from the often brutal east coast winters, in 2015 they started visiting friends in Palm Springs,” writes author Sharon Stephenson.

“Four years later, they bought this three-bedroom house five minutes’ drive from the city centre. ‘Palm Springs is so different from anywhere I’ve ever visited because it’s a desert surrounded by mountains. Much of Palm Springs was built in the 50s and 60s by people from Hollywood who wanted a weekend away but needed to be within an hour and a half commute from work. They tended to build simple, smaller houses, often with flat roofs and often out of utilitarian materials such as breeze-block bricks.’ Their home was built in 1959 and had been owned by the same couple for 40 years.”

Roche has hopes of returning to New Zealand, Stephenson notes: ‘The plan is eventually to sell our New Jersey place and split our time between Palm Springs and New Zealand. I used to come home every Christmas, but thanks to Covid, it’s been a few years since I’ve been back and I’m pretty homesick. Once we’re able to travel freely again, we’ll come back and try to find a project in Wellington.’”