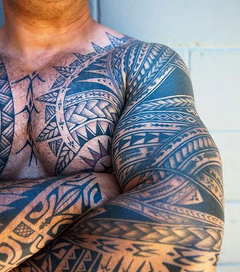 Intrepid Age travel writer Louise Hawson and her daughter, Coco, have just finished a year-long journey around 52 of the world’s suburbs. Auckland’s Otara and Avondale, and Wellington’s Te Aro were on the list, along with suburbs in Tokyo and New York. Lawson had never visited New Zealand before. Auckland’s status as the largest Pacifika city in the world made Otara a natural choice for Lawson, despite the misgivings of some Aucklanders. She was clearly taken with Otara’s Maori and Pacifika vibe. ‘The suburb wasn’t postcard pretty… But I found the place interesting despite barely scratching the surface. Of most interest was the way the Samoan, Tongan and Maori communities continue to keep their cultures alive,’ Lawson wrote. Wellington was next on the list. Lawson was impressed with the capital, especially the inner-city suburb of Te Aro. ‘The ‘coolest little capital in the world’ (according to Lonely Planet) punches above its weight – I left feeling as if I needed at least another week there. I chose the suburb of Te Aro and loved it. You could get your fix of alternative-urban there and then head for the hills, leaving the city behind in no time at all,’ she enthused. Returing to Auckland, Lawson dropped in on multi-cultural Avondale . She met ‘men in white salwar kameez-type suits making their way to the local mosque, Indian and Bangladeshi women buying spices at a store run by Afghans, and loads of Chinese at the weekly markets. I also hung around some Christian Tongans, obsessed with the decorative waistbands – kiekie and ta’uvala – they wear for church,’ Lawson wrote.