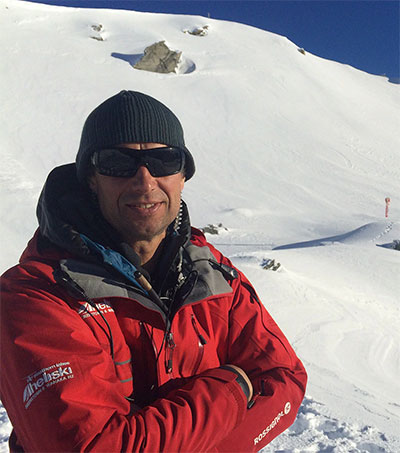 There is no doubt that Ernest Shackleton’s endeavours in 1916 – when he sailed a lifeboat 1287km across the southern Atlantic Ocean, crossed the remote frozen outcrop of South Georgia and returned to the even more distant Elephant Island to rescue his marooned crew – were among the most incredible feats of the Heroic Age of Antarctic Exploration. But for all this, Shackleton only had to face this famously demanding route once. New Zealander Tarn Pilkington takes it on once every other year or so – happily – as part of his job.

Pilkington blanches at Telegraph travel writer Chris Leadbetter’s statement – and points out that he explores with the aid of technology that his far-foraging British predecessor did not have at his disposal. But when he speaks of Antarctica and South Georgia (the British Overseas Territory that lies 1931km east of the tip of South America), his eyes glimmer with the enthusiasm that seems to energise all devotees of the last continent as soon as the topic is broached.

“I went to Antarctica for the first time in 1995,” he says. “As soon as I’d been, and I knew South Georgia and the Shackleton crossing was a possibility, I was desperate to go make that journey.” He has since successfully traced Shackleton’s route across the island four times (and tried on two further occasions).

“South Georgia is probably the most astonishing destination on the planet,” he continues. “When you visit some of the beaches, and see those huge colonies of king penguins, some of them with 5000 pairs, you can barely take it in.”

Pilkington’s job is not to conquer the final places, but to make them more accessible for those who dream of seeing them too. He has laboured on terrain of various levels of inhospitability for more than three decades – as a skiing, heli-skiing and climbing guide in Canada, the US and Switzerland; as an avalanche risk-assessor, and as part of the rescue team in Aoraki/Mount Cook National Park. He has done much of all this while based elsewhere on New Zealand’s South Island; he lives in Queenstown.

“New Zealanders have a strong affinity with Antarctica because of the relative proximity,” he says. “Most New Zealand guides have an ambition to work there, either in science, on a base or in tourism.”

Just like all Antarctica aficionados, Pilkington is keen to underscore the importance of visiting the continent in a responsible manner. “There’s no doubt that wherever we travel we use carbon to get there,” he nods. “But if you travel on a new, more fuel-economical ship such as Greg Mortimer [Aurora’s upcoming launch] it helps. The amount of fuel burned is significantly less. And it’s a place you want to care for. I’ve been to the same landings over and over again, some up to 15 times. But you never lose your appreciation. It’s addictive.”