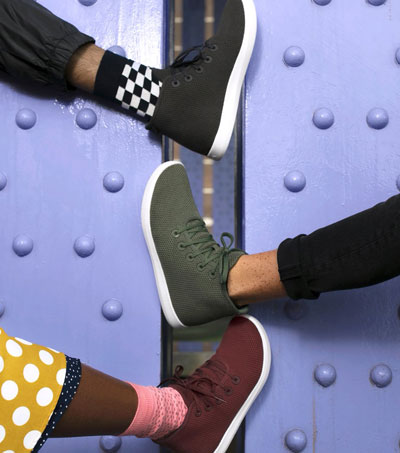 How Allbirds Became a $1.4 Billion Company

“If you started a company that was valued at $1.4 billion after just two years, you’d probably be pretty proud–of the valuation, your product, and yourself,” writes Cameron Albert-Deitch in an article for Inc.

“Allbirds co-founders and co-CEOs Tim Brown and Joey Zwillinger are most proud of what they call SweetFoam.”

“It’s made from sugar cane, and as a result, it’s carbon-negative–sugar cane actually sucks carbon from the air.” They even published the recipe for their SweetFoam for everyone to see this past August.

“That’s the Allbirds ethos in a nutshell,” writes Albert-Deitch.

After launching in March 2016 with a direct-to-consumer model, the San Francisco-based footwear “quickly gained a reputation for quality and commitment to environmental sustainability.”

“That turned into growth: Allbirds racked up $100 million in total revenue over its first two years, and already employs nearly 150 full-time staffers. An October fund raise of $50 million led by T. Rowe Price brought its reported valuation to the aforementioned $1.4 billion, all from only three product lines,” as reported in the article.

“We’re clearly on a great trajectory, so we’re really happy about that–but we’re also such a drop in the bucket,” said Zwillinger. “It feels like we’re just getting started.”

“A focus on materials encourages more of a spotlight on the company’s sustainability efforts, which Neil Blumenthal, the Warby Parker co-founder and co-CEO, considers crucial to the brand’s popularity.”

“If there’s a brand that defines authenticity, I think it’s Allbirds,” Blumenthal said.