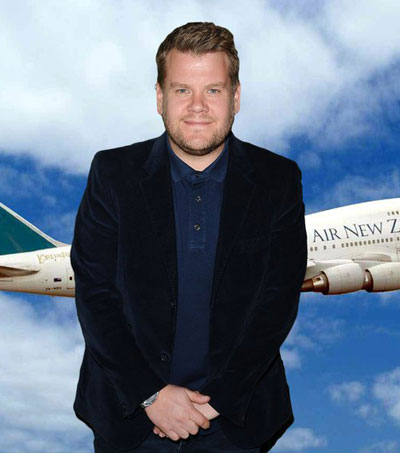 Air New Zealand has invited Carpool Karaoke host James Corden for a round of cockpit karaoke with “a genuinely funny pitch,” as reported in Travel+Leisure.

“Hey James Corden, we’ve got a pitch for you (lol). From your pals in New Zealand. Formal invite below. Let us know. ‪#‎CockpitKaraoke ‪#‎ViewsViewsViews,” the airline posted on Facebook.

“Earlier this month, Corden apologised after calling New Zealand “a little bit boring” and declared that he was “in love” with the country,” as reported in the NZ Herald.