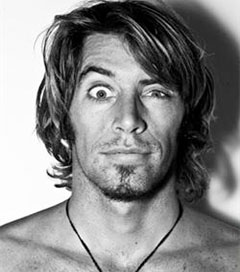 New Zealand-born Billabong surfer Dave “Rasta” Rastovich, 32, has paddled 350km from Taranaki to Piha to raise awareness about seabed mining off New Zealand’s coast. Rastovich, who lives in Australia, has been drumming up opposition to seabed mining projects proposed for the west coast, the length of which is under either a prospecting or exploration permit for iron sand. “This campaign is about awareness and education and supporting the great work of community based groups like KASM [Kiwis Against Seabed Mining],” Rastovich said. “We’re urging people to just have a look at the facts and how that will impact them and their community. There is so much at risk — wiping out the Maui’s dolphin, losing sand, stirring up the seabed, disturbing and releasing toxins, creating huge dead zones.”