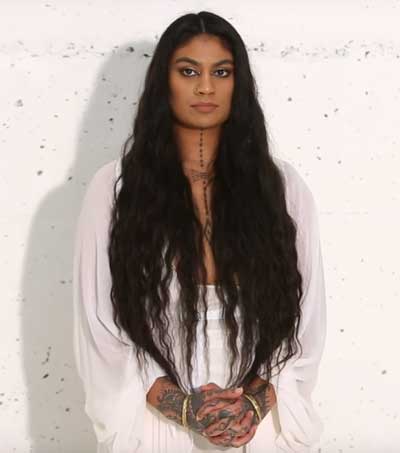 Sometimes you hear a song and “you feel the passion, dance the groove and, for a split second, the world makes glorious sense. Affirmation, validation; that’s all many of us are seeking.” Among “the warm old school soul, the sly lyrical references to Beyoncé songs” and “the breath-taking verbal gymnastics”, “there is one such moment on Aaradhna’s album Brown Girl,” writes Everett True in a review of Aaradhna’s new album in The Guardian.

The New Zealand artist’s title song Brown Girl, which True labels as “fantastic and career-defining”, “is a direct response to the racist abuse Aaradhna suffered growing up with mixed parentage near Wellington,” as reported in the article.

“Growing up as an Indian and Samoan New Zealander, I’ve seen and witnessed others including myself being automatically ‘labelled’ for what we look like, what we wore, the way we spoke, where we resided. I’ve been called a curry muncher, a dumb coconut, all kinds of names in the book,” wrote Aaradhna in an open letter to her fans.

“Production credits this time go to Brooklyn crew Truth And Soul (Amy Winehouse, Adele) and they haven’t messed with her established template too much – just honed it and given it a slightly more contemporary edge,” writes True. “And girl, she can sing!”