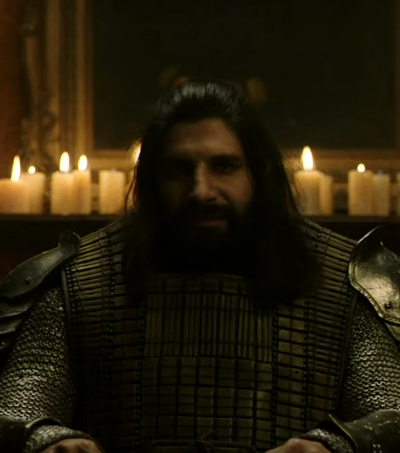 What We Do In The Shadows “Has Bite”

“Taika Waititi’s cult mockumentary has arisen on the small screen with the same mix of gravity-defying slapstick and endlessly amusing squabbles,” writes Charles Bramesco in a review for The Guardian. He gives the mockumentary 4 out of 5 stars.

Taika “Waititi and fellow New Zealander Jemaine Clement share creator credit on this new series just as they co-wrote and co-directed the original film, and their deadpan touch has not been lost.”

“The show adheres to the ‘if it ain’t broke, don’t fix it’ philosophy of remakes, collecting a cast of ghouls mostly modeled to mimic the winning character dynamics of the film and letting them bounce off of one another,” writes Bramesco.

“The vampiric puns and gravity-defying slapstick go a long way, but attention must be paid to the resident humans, the still-beating heart of the show. There’s an element of poignancy absent from the original in the relationship between Nandor and his mind-enslaved familiar, Guillermo.”

“Sweet-natured Guillermo wants nothing more than to join the ranks of the nightwalkers, but Nandor treats him like something halfway between an undervalued employee and a taken-for-granted spouse. If the show was at risk of growing slight to a fault over time – the stakes of the vamps’ incompetent attempted invasion could not be lower – this genuine emotional thread guarantees a substantiveness that will take them far,” writes Bramesco.

“What We Do in the Shadows starts on FX on 27 March in the US with a UK date yet to be announced.”

Tags: Guardian (The)  Taika Waititi  What We Do in the Shadows