NYT writer travels to NZ to experience the “trout-fishing paradise” of Rotorua first hand. “Visitors fish in streams so clear that the fish can see you. Crouching behind a bush, out of a target’s line of…

Air NZ was announced the winner of Air Transport World magazine’s annual Phoenix Award in January. The award is given to an airline which “achieves a commercial rebirth through a life-changing transformation.” After its “near-death experience”…

Google has hired one of the top programmers who worked on the Firefox project, fueling new speculation that the search giant may enter the browser business. The Mountain View, California-based search company hired 24 year old Auckland…

Make No Bones About It

NZ has again opened a new path in medicine, this time in the field of bone reconstruction. Dr George Dias of Otago University’s anatomy and structural biology department struck on the idea of using a material based… 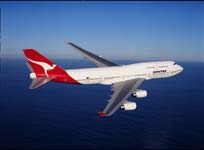 A new archaeology site has been opened in Wellington, on the site of the proposed city bypass. A group of 30 of NZ’s leading archaeologists, led by Rick McGovern Wilson, are examining the remains…

Peter Jackson, Fran Walsh and Phillipa Boyens are to develop the Alice Sebold novel The Lovely Bones as their next film after King Kong. Though “The Lovely Bones” is not on the order of…

Tales of the Heart

Colonel John Blashford Snell tells of “losing his heart in NZ” in a Guardian travel feature: “We are so overcrowded here but they have the most beautiful empty country with scenery that is stunning, like a high-altitude…

Politics and Economics | Global Politician (The)

Our History and Future in Global Spotlight

Otago University graduate Chris Ford penned an in-depth three part overview on NZ race politics for the Global Politician. The first provides a historical backdrop to the events of 2004 when, in Ford’s words, NZ’s widely…

The Royal NZ Ballet’s performance of Javier Frutos’ Milagros made the Observer‘s top ten dance moments of 2004. The piece toured the UK in May as part of an RNZB triple bill.

Hunt Fights for Our Rights

Waikato University graduate Paul Hunt has built a high profile international career as a human rights lawyer and independent expert. Hunt was elected to serve on the UN Committee on Economic, Social and Cultural Rights in…