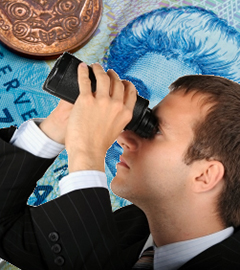 Not Since 1974: Kiwi Dollar to Hit Parity with Aussie

The last time it happened Dick Taylor won gold at the 10,000m Commonwealth Games in Christchurch, Hone Tuwhare was awarded the Robert Burns Fellowship for poetry and Bunny Walters topped the charts with his epic love song, Brandy. The New Zealand dollar is forecast to achieve parity with the Australian, an event not experienced since 1974.

But it’s unlikely this unusual event will be greeted with the same enthusiasm that accompanied the aforementioned Holy Trinity of 1974’s overachievement. A high dollar makes our goods more expensive across the ditch, where demand is muted due to a slowing economy.

Australia is New Zealand’s second largest trading partner, having recently been supplanted by China, a change given momentum by the higher dollar and a supermarket-led backlash against Kiwi produce.

Now at 94.8c, exporters will be feeling the pain. In early 2011, it was as low as 74c. A 20c currency movement can cut hundreds of millions of dollars from export earnings.

In cultural terms, however, it’s always nice to get one over the trans-Tasman big brother. Visiting the lucky country just got a bit cheaper too.

It notes that the Reserve Bank is the first central bank to move into a tightening cycle, which will exacerbate the dollar’s high valuation: “Now that New Zealand has the highest interest rates amongst developed economies, the Kiwi could become the carry trade of choice.”

The carry-trade is a multi-trillion dollar global investment, where international investors pile into a currency, usually in the form of bonds, to earn the higher interest rate available.

Before the GFC, carry trades in the form of Eurobonds neared $30 billion (roughly 16% of GDP back then) as foreign investors, often referred to as Japanese housewives and Belgium dentists, looked for a better, safer return on their savings.

The combination of weakening Australian economic data and higher New Zealand interest rates means nothing will stop parity being achieved in 2014, reports The Bull. It suggests the moment will come as early as June.