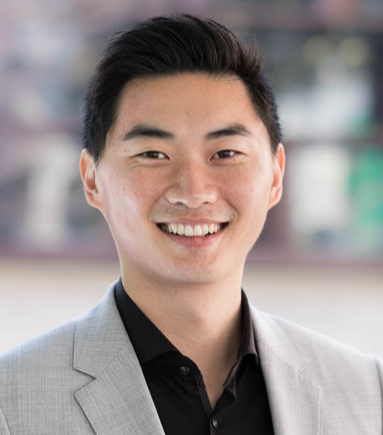 Auckland-born Charles Ma, 29, is working on an ambitious project to reimagine the way we live with its development of an entire city – Auranga, in southern Auckland at Drury – which will eventually be home to 40,000 people.

Ma features in the first City Wellbeing Index published by the London-based global real estate consultancy Knight Frank. Their report focuses on wellness as a measure of national performance, noting that “in 2019 the concept entered the mainstream when two countries, New Zealand and Iceland, announced plans to measure and improve the wellbeing of their populations. New Zealand’s government committed NZ$3.8 billion in operational funding and NZ$10.4 billion in capital funding to its first “wellbeing budget”, while Icelandic prime minister Katrín Jakobsdóttir urged governments to focus on green and family-friendly priorities rather than economic growth.”

“The picture of social and personal breakdown that is emerging the world over tells me that cities aren’t a positive or enriching force in our lives,” says Ma, founder and CEO of MADE (Ma Development Enterprises) to Knight Frank senior researcher Flora Harley. “The driving force behind the vision for Auranga is wellness and to create an environment that draws people out in a real way by renewing the space around us, the space in between us, the space beyond us.

“Who we become as people is defined by where and how we live. The desire is to reimagine a new way of living, not just through technology and gadgets and fitness but by putting wellbeing at the core, and building around it.” The way in which Auranga, six years in the making, has been designed and developed focuses on ensuring generous provision for public spaces, says Ma. “These give us the space to slow down. Our goal is to create places where humans find rest, not restlessness.”

“The city is designed to give residents a chance to engage with one another and with the community in which they live,” writes Harley. “With this in mind, MADE has created a digital app that will provide open, up-to-date information on transport, jobs, social events, sports and the arts, as well as enabling residents to vote and express their views on issues that affect where they live. It’s a way of harnessing the power of technology for increased citizen engagement and wellbeing.”

Harley notes that as with many policies, from the environment to happiness, it may be that urban centers are best placed to lead the way. “Cities enable collaboration and encourage the exchange of ideas – often the starting point for innovation and change. The concentration of people in one space also makes it easier to measure indicators of wellbeing.”

Knight Frank analyzed 40 global cities, with European cities dominating the top six positions. Norway’s capital Oslo takes the top spot, followed by Zurich and Helsinki tied in second place, Vienna fourth, followed by Madrid and Stockholm. The highest-ranking for Australasia is Sydney in seventh. For North America, Montreal is highest in ninth place, for Asia it is Singapore in tenth and in the Middle East Dubai takes the fifteenth spot.

Charles Ma’s MADE company has over $1 billion of development completed and more than $1.5 billion in progress. has degrees in Civil Engineering and Commerce from the University of Auckland, NZ and has studied at Stanford Graduate School of Business, London Business School, Harvard Business School, and Oxford Said Business School. When completed, his first city, Auranga – meaning “a life force that inspires” – will be the largest master-planned community in New Zealand.

Charles Ma was the first developer active in Drury from 2013 when he commenced the Auranga city concept, master planning, outreach to central and local governments, iwi and communities, and purchase of land. Drury will play a significant role as a regional centre serving New Zealand’s most significant and dynamic inter-regional transport and growth corridor between Auckland, northern Waikato, Hauraki and Tauranga. Around 800,000 people live within 30-minute drive from Drury today. Drury is a highly accessible location within and part of, and will benefit from substantial road and rail improvements as part of the NZ Upgrade Programme.

Auranga will create a sense of belonging says Ma. “Inspiration is at the core of how we are planning Auranga, and because we are inspired to find a better way, we are poised to deliver real change to enable people live fulfilling lives in the places they call home. This is defined by inclusive values and innovative practices, and designed around shared, intuitive, and caring spaces to create more liveable communities.”