New Zealand’s luxury boat builders have always made boats that ‘defeat the odds, break records and collect awards,’ writes Maria Alafouzou in the New York Times. You might think, at first glance, that a… 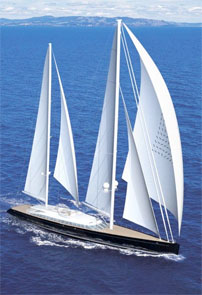 New Zealand has won awards at the latest International Superyacht Society (ISS) Design Awards, held in Fort Lauderdale in Florida. The winner in the category ‘Sailing yacht 40m +’ was won by the ketch,… 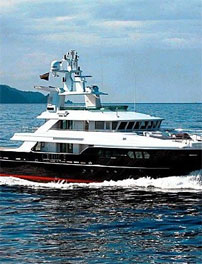 The glamorous 48.5m super yacht T6, custom built for New Zealand paper magnate John Spencer, creates a fuss wherever it goes, whether Monaco, the Caribbean or the hazardous North-West Passage in the Arctic. On… 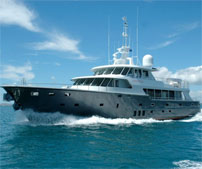 Don’t Ask About the Price

New Zealander Ron Holland is one of the world’s top naval architects. Based in the small Irish sailing port of Kinsale, his latest project is designing and building a 190-foot, $50 million superyacht Ethereal for Sun…

Age profiles Paul Hakes of Wellington’s Hakes Marine: the man behind super-maxi yacht, Zana. Hakes’ latest project is a 12m racing boat, which he hopes to successfully export to Australia. “It is a modern design, a fast…

“New Zealand is fast becoming one of the world’s biggest centres for superyacht construction, with its low-cost high-tech designs.” Alloy Yachts is the world’s 2nd largest manufacturer of superyachts: advantages that make the sailing smooth include…