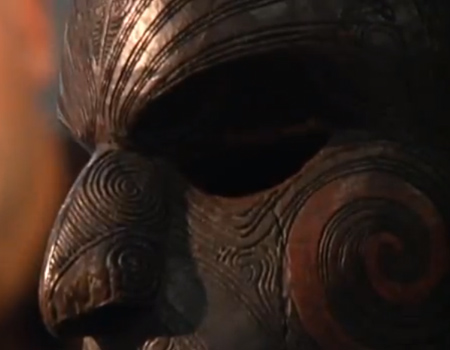 What does the moko represent and does it mean? Mark Kopua explains the significance of facial moko and provides a bit of history about the Maori tradition. Tales from…

Moko Takes to US Streets

The art of moko features in Ancient Marks, a new book by National Geographic photographer Chris Rainier. “We live in a spectrum of possibilities, and I think it’s an exciting time to document ancient cultures dealing with…

Off the Map, On the Edge

Moko: Art of Nature, by Serena Stevenson and George Nuku, is to screen at this year’s Resfest digital film festival in the US. Resfest was established in 1997 as a forum for cinema breaking new technological…

Ta moko features in a Pacific Islanders in Communications documentary for PBS currently screening around the world. Skin Stories explores the art of tattooing, and its cultural significance, in Samoan, Hawaiian and Maori tradition.